WIZARDS The Podcast Guide To Comics is an issue-by-issue exploration of the 1990s comic book industry through the pages of Wizard magazine. On each bi-weekly episode, hosts Adam, Michael, & Steven break down the hype and collector's mentality of the era through segments comparing comic book prices then and now, superhero movie news, action figures, trading cards and reviewing the inside of all those comics with the shiny covers. It's a trip back to an exciting time to be comics fan you won't want to miss.

Listen to the Trailer

NEW EPISODE! NEW LOOK! It’s our 1 year anniversary and for the 25th episode of WIZARDS we’re celebrating in style. 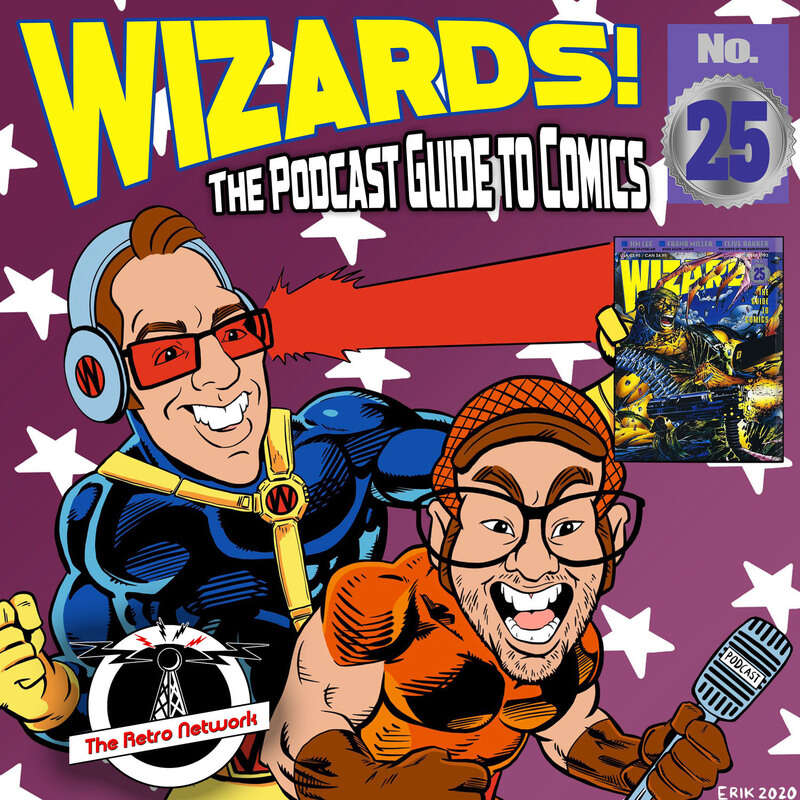 We're back, Geeks! Adam & Michael are joined by Mike Schwartz aka 50centcomiccollector to talk Wizard trying to force a Spawn/Spider-Man crossover into existence, ... 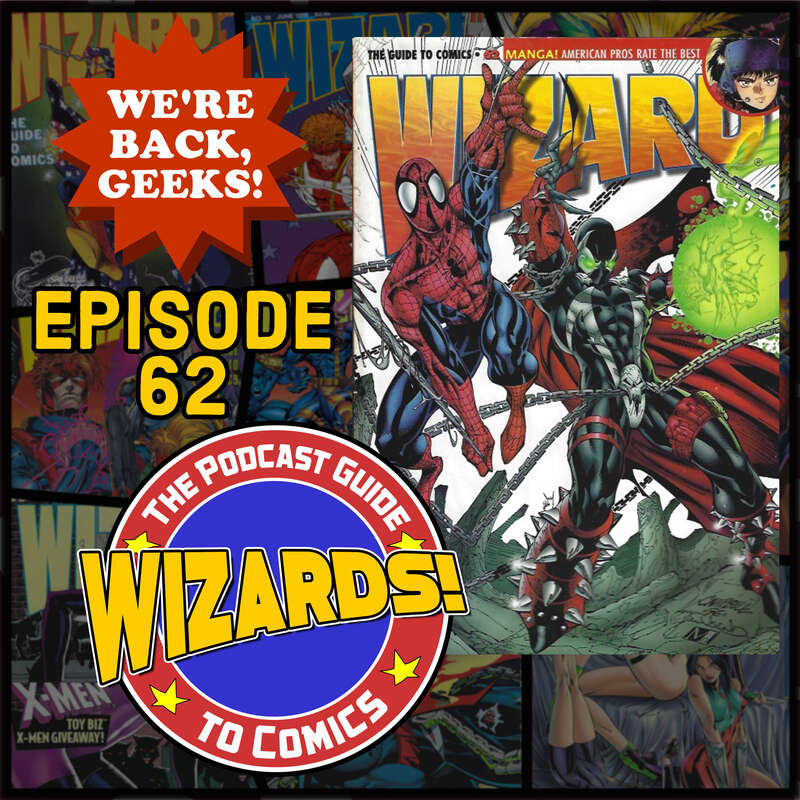 WIZARDS: State of the Podcast Special

Adam & Michael preview the upcoming special events to come for the WIZARDS podcast in 2022, talk about the comics they've been reading and explain the upcoming Sup... 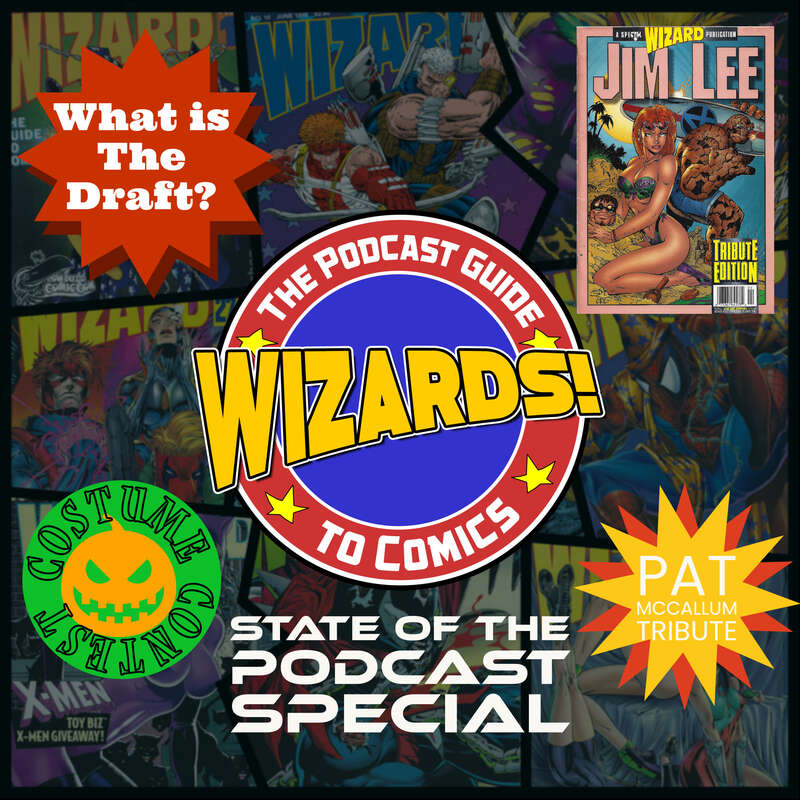 Adam & Michael are joined by WIZARDS listeners Josh, Lee and Neil for a very special Zoom event to talk about their varying degrees of fandom for Wolverine. 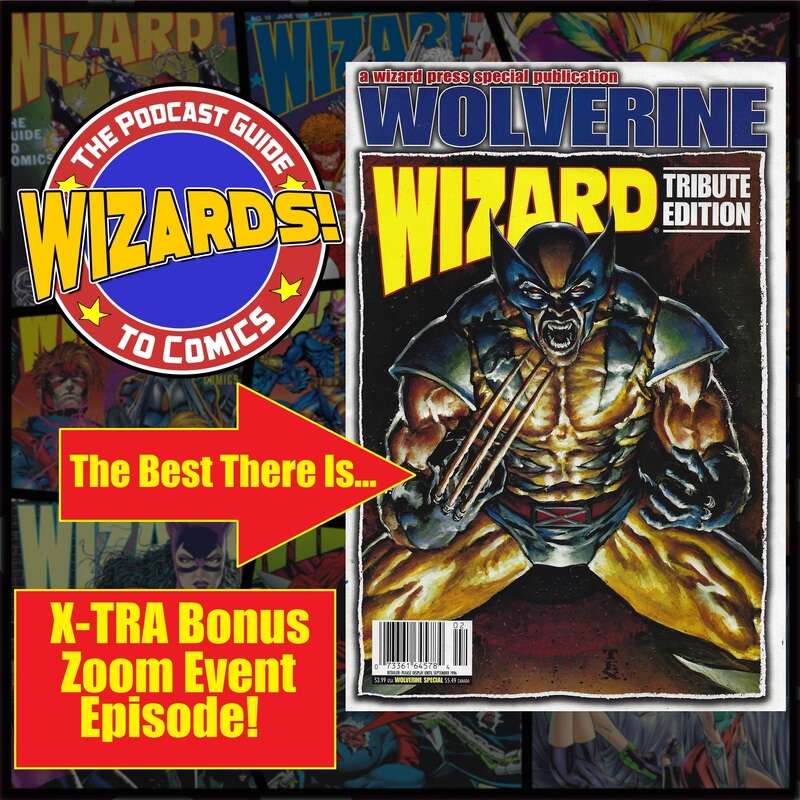 On this "Micro-Mini" episode, Adam & Michael invite YOU to join us for a special ZOOM event discussion of everybody's favorite mutant Wolverine, taking place on Se... 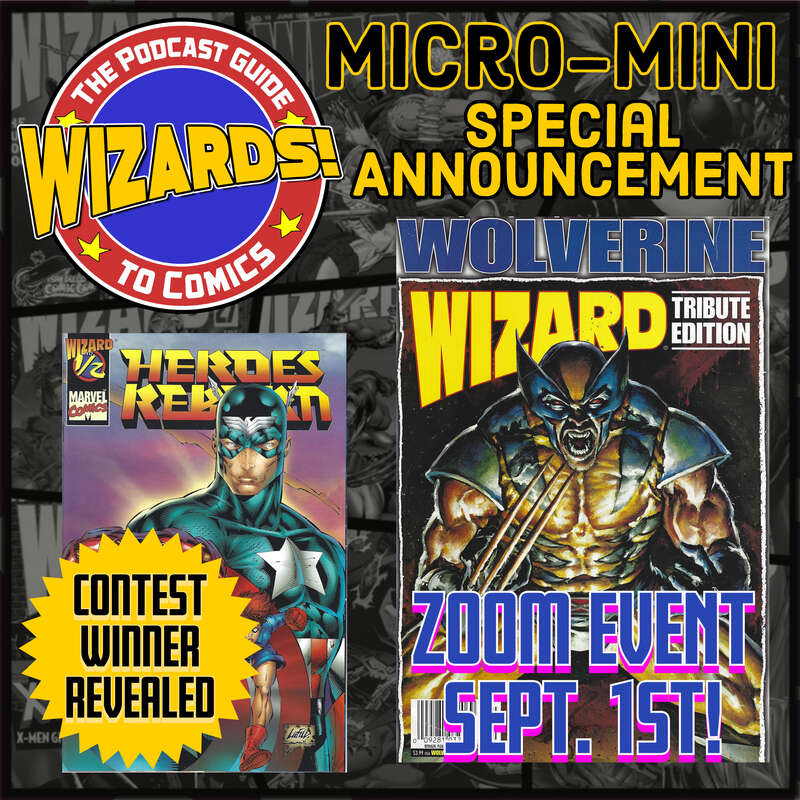 The WIZARDS master computer had a meltdown, so Adam had to go rogue and record this mini-episode UNPLUGGED in order to review the DC/Marvel ALL ACCESS mini-series from...